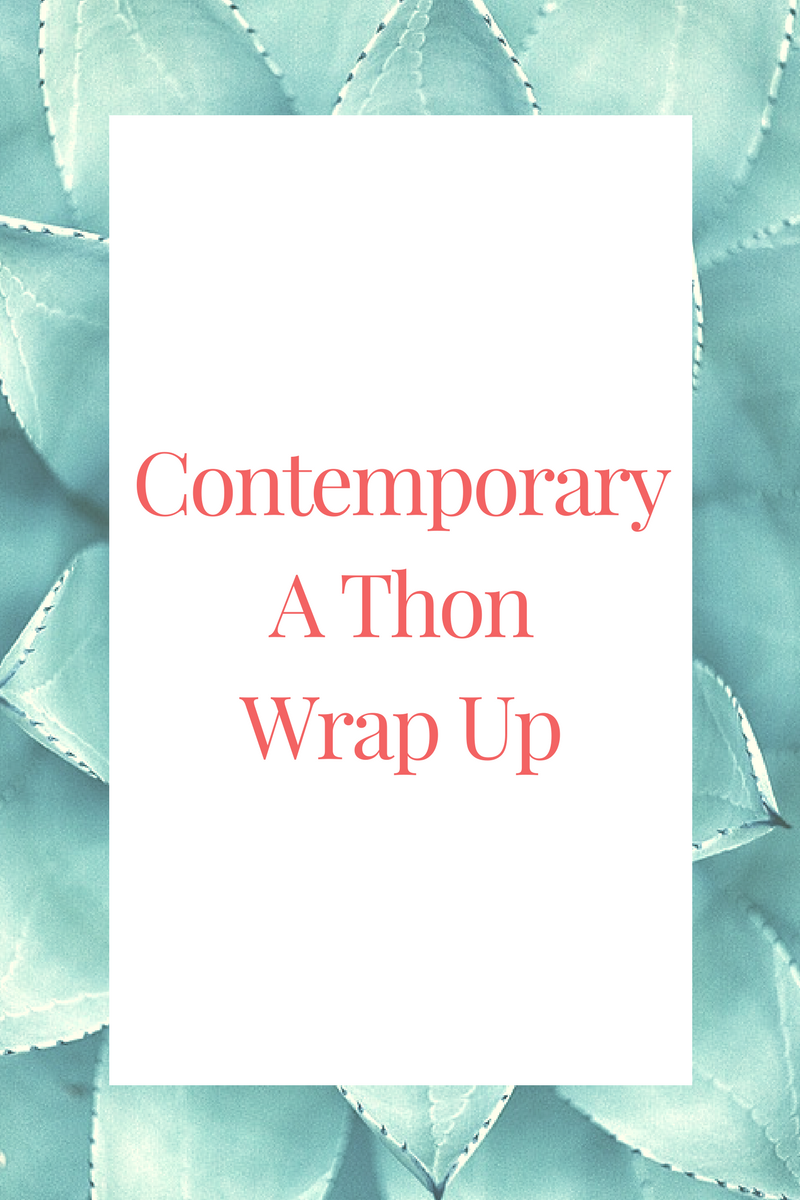 I know I’ve been doing these posts with like daily updates, but frankly, that just wasn’t my life last week so here we are with just book reviews! Let me know if you have a preference so I can try to keep that in mind in the future.

Challenge Completed: Book I Meant to Get to in 2018, but Didn’t

I started out so strong with my TBR and actually hitting that goal! I was in court for way too long accomplishing nothing, but I did manage to read almost this entire book while I was waiting around for a decision on what to do in one of my cases from the district attorney. And let me just say, reading this book in public is maybe not the best idea. When we broke for lunch, I went off to Chik-Fil-A by myself and continued reading and y’all, I was laughing out loud and giggling and smiling. This book is so soft. Just the softest. Sloan, our heroine, is a doctor (sadly not a plastic surgeon so I couldn’t pretend she was following in Mark Sloan’s footsteps) and she has two kids and a trash can ex-husband. Sloan is a certified super genius so she’s a surgeon and like 28? 32? Idk, I don’t remember. I just know she is young. Anyway, her nanny just up and quits and so she needs a new one. Enter Rafe. Gorgeous, great with kids, and sexy af. The two of them are like NOTHING CAN HAPPEN and then they’re like, wait, jk, that’s deprivation and I’m not into it. I love them. It’s amazing.

Challenge Completed: Book with a Picture on the Spine

I realized I really needed to get moving on 99 Percent Mine because I had it checked out from the library and someone had mentioned that there is a picture on the spine. Since I wasn’t too excited about my own pick for picture on the spine, I decided to go ahead and get more into this one. It’s about Darcy and Tom, childhood friends, who have both maybe been in love with each other the whole time, but Tom is engaged (or at least Darcy thinks he is). He’s working on renovating the home left to Darcy and her twin brother, Jamie (who is such an asshole, honestly), so he and Darcy are frequently in contact. Ultimately, I just didn’t love this one. It’s not that I think it’s a bad book, it’s just that I don’t know that it worked for me as a romance. The plot points don’t hit in a way that make sense and I was just really, really dissatisfied with the back and forth between Darcy and Tom. Also, Tom is not as perfect as Darcy claims and everyone is still saying he is? I just genuinely did not find myself really getting behind this as an HEA so… It was difficult.

3. The Ones Who Got Awayby Roni Loren

Challenge Completed: Book with Blurple on the Cover

This book opens with Liv being interviewed in the gymnasium attached to the high school where there was a school shooting at the prom when she was a senior. She survived despite coming face to face with the gunman. Many weren’t as lucky. Also in the gym is Finn, revered as a hero because he saved his date that night… And abandoned Liv in the closet where they were getting hot and heavy. Finn is now an FBI agent who is on a forced break because he just got through with an undercover assignment. Through a series of events, Liv (a graphic designer) and Finn wind up striking up a friendship of sorts again that leads to Liv spending a weekend taking pictures (her first love) at the lake house where Finn is staying. This book is good, sexier than I thought it would be, and less emotional than I thought it would be. I think the topic is handled sensitively, but I will say TW for panic attacks and other PTSD symptoms. Something held me back from really loving this book, but I am excited to continue with the series.

4. The Master by Kresley Cole

Oh my lanta. Kresley Cole writes absolutely bananas plots that shouldn’t work. Like, they just really should not work for me. And instead I devour them and love everything she writes. In this one, Cat subs in for her friend/employer to be the escort for Maksim, a billionaire Russian with mob ties. Cat has been with exactly one man in her life and is still running from him years later. She charms Maksim against his will, but he eventually decides she tried to get pregnant to trap him and so his solution is to kidnap her. Cat decides she’s safer surrounded by bodyguards in this fancy ass hotel than she is in her crappy apartment with a skeezy landlord, so she contents herself to stay put. The sex between these two is off the charts hot. And watching the two of them start to trust each other is really freaking cute. (Also chastity belts came up at lunch at work and I’m really not sure how I managed to keep a straight face because ALL I could think about was this book.)

5. the princess saves herself in this oneby Amanda Lovelace

Challenge Completed: A Contemporary in a Nontraditional Format

I’m still not sure this makes sense as a challenge fixture, but it’s what I read for it anyway. I took pictures of several of these poems because I thought they were really powerful. I sent several of those to my best friend, and then had to temper her enthusiasm by providing a list of content warnings that might bother her. I say that to tell you, reader, that there are a lot of content warnings for this book. Amanda Lovelace does a great job listing them all at the beginning so look that over before you dive into her work. If you think you’re in the right headspace for it though, I would absolutely recommend this poetry collection. Thematically, these poems really focus on learning to save yourself, but also letting others love you and rejecting toxic love in favor of yourself. And there’s a particularly great poem about rape culture.

Talia Hibbert is the love of my life. I’ve decided. She makes me cry a lot though because she just writes so beautifully and captures my feelings on a page and I’m just constantly amazed by her. I don’t think on page Hannah says if she’s bi or pan or what label she chooses, but her attraction to multiple genders is on page. Hannah is also a prickly Queen and I love her so much. She quits her job on a rampage because an “I need to speak to the manager” customer made her mad and I loved it. It’s so real. And then she gets hired by Nate to take care of his two kids. I (weirdly) wish we’d gotten a little more of the kids. I felt like they were very involved in the beginning and then kind of weren’t as important in the rest of the book. But mostly I just loved this. Hannah really doesn’t think Nate can possibly love her, but OF course he does. Also, Evan is my favorite. I just, he’s really Chris Evans in my head, so every time he showed up I melted. Also, also, I can’t wait for Zach’s book later this year!

Holy cow. This book is about our heroine, Iris, surviving an extremely abusive relationship and our hero, August being COMPLETELY self-absorbed and blind to the fact that she’s in an abusive relationship. Okay, that’s a little unfair, but really, August was slightly oblivious and it drove me a little bit nuts. Anyway, this book does not shy away from the domestic violence and she’s with this asshole for over half the book. She and August meet at the very beginning and connect, like really connect, at a bar watching a Lakers game the night before the National Championship. Sometimes I felt like Iris didn’t have any sense of self-preservation because of the things she would do, but I did feel like this book gets the dynamics right. Once I started this, I literally could not stop because I had to know she got out safely and once out, that she was able to live out an HEA. I think this book was incredibly powerful and also so triggering and not at all easy to read. But it’s beautifully written and I think it’s a book worth reading. Just don’t pick it up expecting a light sports romance!

TW: rape, sexual assault, physical abuse, controlling behavior, use of a child to control the heroine

So there you have it! My reading for the week (minus the paranormal romances I read also) and I completed all of the challenges! Did you participate? If so, how did it go for you?